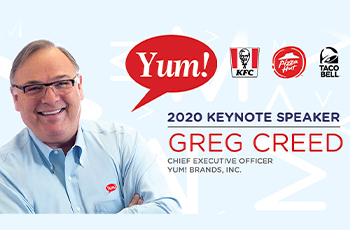 Building R.E.D. Brands Around the World

As a marketing leader you already know that building a successful brand is not only extremely challenging but also fraught with potential minefields and threats.

…Now imagine building and managing those brands across different countries and cultures.

To many of us this would be a daunting responsibility but to Greg Creed, former CEO of Yum!, it’s all in a day’s work.

As AMA’s 2020 Opening Keynote, Greg will kick off the year by discussing that the foundation to successfully building brands on a global scale is R.E.D. meaning that a brand needs to be:

So how do you build a R.E.D. brand across a variety of very different cultures, distribution channels, lifestyles and preferences? To find out, join us for 2020’s Opening Keynote at the AMADFW January Executive Luncheon on January 22, 2020 at 11:15!

Greg Creed was Chief Executive Officer of Yum! Brands, Inc. (NYSE: YUM), a role he assumed January 1, 2015. He is also a member of the Company’s Board of Directors. Creed remained CEO through the end of 2019 prior to retiring after a successful 25-year career with the Company. He will serve as a part-time advisor in 2020 and remain on the Yum! Brands Board of Directors.

Yum! Brands is one of the world’s largest restaurant companies with more than 48,000 restaurants in more than 145 countries and territories. Its restaurant brands – KFC, Pizza Hut and Taco Bell – are global leaders of the chicken, pizza and Mexican-style food categories. Worldwide, the Yum! Brands system opens over eight new restaurants per day on average, making it a leader in global retail development.

Under Creed’s leadership, 2016 was a landmark year for Yum! Brands as it successfully completed the separation of Yum China as an independent and powerful growth company. In addition, Yum! Brands launched a new multi-year strategic transformation plan to become a more focused, more franchised and more efficient company in order to strengthen and grow its KFC, Pizza Hut and Taco Bell brands around the world, creating significant long-term value for all its stakeholders.

Creed, a 25-year veteran with the Company, reports to Yum!’s Non-Executive Chairman. Creed has more than 40 years of extensive experience in marketing and operations with leading packaged goods and restaurant brands. He is responsible for leading the Company’s overarching strategies, structure, people development and culture that will drive sales and profitability at all of its businesses worldwide. His vision for the Company is to build A World with More Yum! – KFC, Pizza Hut and Taco Bell in more places, in more ways consumers can access the brands, serving delicious food and shareable experiences. Creed wants to build the world’s most loved, trusted and fastest-growing restaurant brands. In order to deliver on this mission, he is focused on unlocking and driving growth through the Company’s four key business priorities: Distinctive, Relevant & Easy Brands; Unmatched Franchise Operating Capability; Bold Restaurant Development; and Unrivaled Culture and Talent.

Prior to leading Yum! Brands, Creed was head of Taco Bell, the nation’s leading Mexican-style quick service restaurant chain that currently has more than 7,000 restaurants in 28 countries. He was appointed Chief Executive Officer of Taco Bell in early 2011 after serving as President and Chief Concept Officer and was responsible for driving overall brand strategy and performance of the business in the U.S. and internationally. He re-energized Taco Bell with the launch of the Live Más brand campaign in 2012; the reinvention of the taco with the revolutionary Doritos Locos Taco; and the introduction of the game-changing Cantina Bell Menu – delivering vibrant new flavors and high-quality ingredients. He also served as Chief Marketing Officer at Taco Bell where he spearheaded the “Think Outside the Bun” campaign and new product introductions that generated strong sales and profit growth for five consecutive years.

Creed has held various roles with the Company including Chief Operating Officer for Yum!, where he created a people-focused leadership approach for global operations and led the strategic development for Taco Bell International. He also spent seven years in leadership positions in the Company’s successful Australia business, including Chief Marketing Officer for KFC, Pizza Hut and Taco Bell Australia. Before joining the Company, Creed spent 17 years at Unilever in various leadership roles in Sydney, London and New York.

Creed serves on the Board of the Whirlpool Corporation as well as the Aging Mind Foundation. He is also a member of The Business Council and the American Society of Corporate Executives (ASCE). He earned a business degree from Queensland University of Technology (QUT) in Brisbane, Australia, was named the 2014 QUT Alumnus of the Year and currently serves as President of The Friends of QUT in America Foundation. He and his wife, Carolyn, have two grown children.

Many Thanks To Our Chapter Sponsors 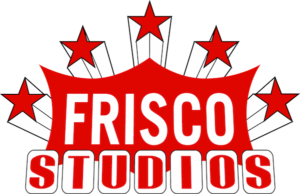 AMA DFW @amadfw
Greg Creed, retired CEO of @yumbrands explains how to be a great marketer by being distinctive. #distinctive… https://t.co/Z85j93lt5I
(about 4 days ago)

AMA DFW @amadfw
Is your brand relevant, easy to access, and distinct? Find out tomorrow when Greg takes the stage. ⌛Last chance to… https://t.co/sriYUwrHQh
(about 5 days ago)

AMA DFW @amadfw
Is your brand relevant, easy to access, and distinct? Find out tomorrow when Greg takes the stage. ⌛Last chance to… https://t.co/ofITV5098a
(about 5 days ago)
Follow @amadfw