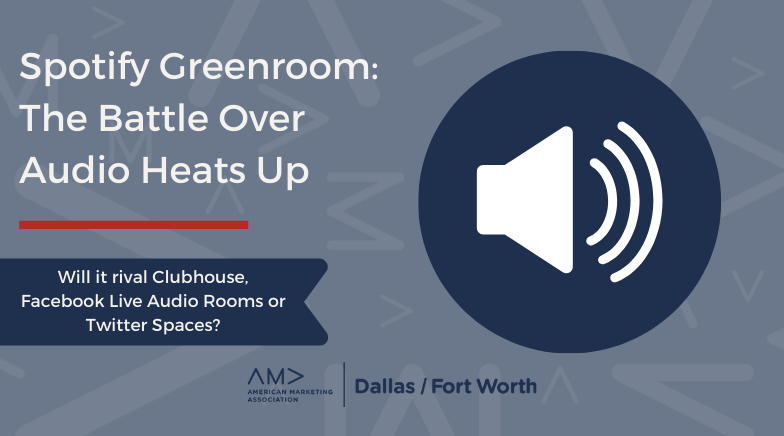 Last week AMA DFW joined forces with AMA Boston for a Twitter Spaces marketing chat that engaged marketers from across the globe. All the speakers agreed that the audio format provides a welcome way to connect more personally than retweets and replies, especially as we all emerge from the pandemic hungry for human contact. It’s no accident, then, that one of the hot topics of the night included the launch of Spotify Greenroom, a social audio offering looking to take on rivals like Clubhouse, Facebook Live Audio Rooms and, of course, Twitter Spaces. 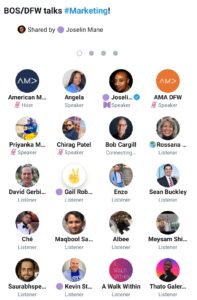 Given the lively discussion over live conversational apps, we thought we here at the chapter should curate some additional insights to help break down this topic in greater detail.

Here’s a quick look at what the industry had to say about what Spotify Greenroom is, what it means and where audio apps are headed.

Interested in learning more about hot marketing topics like this? Check out our upcoming AMA DFW events!